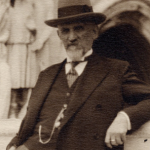 Promoter of cooperation among the agricultural producers in the area of Piacenza, he summoned a conference in the Emilian city that led to the creation of agrarian consortia in the whole country - supported by the government and popular banks.

In 1891 he founded the “Giornale di agricoltura” (“Newspaper of agriculture”). In 1892 the Italian Federation of agrarian consortia was created and Ranieri was its executive director: the organisation, led by Enea Cavalieri, experienced in those years an exponential development seeing consortia grow from 16 to 192 in less than ten years. In 1910, with the Luzzati government, of whom he was a friend and a colleague, became the Ministry of agriculture, industry and commerce. He supported numerous legislative measures and conceived the idea of establishing, where possible, in all Italy, anonymous cooperative societies among farmers. These were the agrarian Consortia, gathered in a Federation destined to a big future.

He sat at Parliament until 1923,making efforts to promote agrarian cooperation and coordination in this field. With the arrival of fascism Raineri retired from the political scene, even if in 1924 he was appointed senator of the reign. 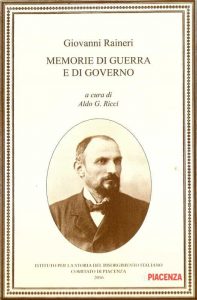