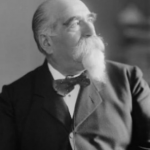 He was of Venetian origins, studied at the political-legal Faculty of the university of Padua. He was a politician of the historical Right wing, father of the popular cooperative credit in Italy, inspired by German experiences.

As soon as he graduated, at the age of 23, he published his first scientific work “La diffusione del credito e le banche popolari (Padova 1863)”, in which, referring to H. Schulze Delitzsch, he advocated the social role of credit, bringing together in an original mixtum compositum the need of voluntary savings and provisions of low-cost capitals, financial accumulation and risk mitigation, fight against usury and development prospects.

Compared to the Schulze model, Luzzetti introduced the principle of limited liability instead of unlimited liability, also insisting on the capital vote, on low interests rates, on enhancing stocks, on splitting occupations by sector and by recipients. Profound economist, he supported the establishment of different popular banks (Lodi in 1864 and Milan in 1865) and he became therefore an important part of the bank development of the country.

On a political level he was a conservative of liberal inspiration: he assumed important roles in the national politics, among which deputy, minister of agriculture and senator, devoted to the working life and its organisation. Already in 1869 he was a general secretary of the Ministry of agriculture, industry and commerce, taking care of multiple fields among which the agrarian credit and the vigilance on credit institutions.

He collaborated with Prime Minister Marco Minghetti for the preparation and consequent approval of the first Italian bank law in 1874. In 1871 he was elected deputy and ten years later he became Treasury secretary, reconfirmed under the government of Giolitti (1903-1905) and Sonnino in 1906.

In 1901, moreover, he assumed the Council presidency for about a year, and directed the electoral law towards universal suffrage. In August 1922 he inaugurated the University of cooperation, conceived and wanted by him. In 1925 he was appointed honorary president of the general Confederation of Italian Cooperation.

Quotes:
“When an idea is so productive to have moved the thought and action of millions of people, it is convenient to revisit it often, so that other people can fill themselves with wonder for its simplicity, feed on its wisdom and fall in love with its energy, to draw enthusiasm for new achievements”.

“In a cooperative nothing has to be hidden or diminished. It has to resemble a solid and transparent building; everyone has to see through it without difficulty, it must reflect its faithfulness, sincerity and honour in every aspect” “Cooperation, which is financial in the means, social and redemptive in the ends, is a new and more perfect economic method that, enlisting in mutual connections the ranks of the poor foresighted, intends to extinguish, for as much as possible, misery; to extinguish the usury, biting our people who suffer and work, in cities and rural areas and who only know the outdated forms of charity. This shame must stop in our reborn democracies; we must extinguish usury against popular credit, lending a material value to the promises of a poor illiterate, made in the name of his immortal soul (this is the principle of loans for honour). We must overcome usury of provisions with consumer cooperatives inspired by the noble examples of the Rochdale Equitable Pioneers” 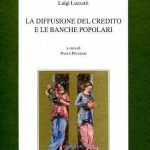 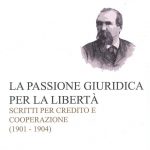 In Rome, the “Istituto Italiano di Studi Cooperativi Luigi Luzzatti” is located in the street “via Nazionale 230”, and it still preserves a library rich in cooperative materials and writings.