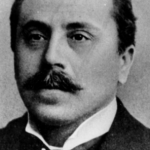 His trips allowed him to appreciate the value of associative experiences in different contexts and to bring this know-how within Italian institutions such as the Ministry of agriculture, industry and commerce and the agricultural Council. In 1889 together with Luigi Luzzatti, Maggiorino Ferraris and Felice Mangili,he founded ”Credito e cooperazione”, a magazine of which he was the director from 1891 until 1893.

In 1892, on the initiative of Cavalieri, the Italian Federation of agricultural consortia was founded in Piacenza and he became its president until 1906; an organisation open to all existing agricultural institutions and to individual members, with the main purpose of buying and selling on behalf of the associates everything that was needed for agriculture and agricultural products.

Considered among the leading experts on cooperative organisation issues, he had with Lorenzo Ponti the task of drawing up the constitution of the national League of Italian cooperative societies. The participation in WWI, the difficulties that the country was facing after the war and eventually the arrival of fascism brought about the end of his activities and political collaborations.