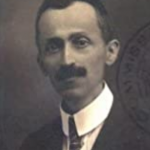 He was a professor and intellectual in Terzolas, in the Sole valley; he was active in catholic associations, in historical and archival research and its divulgation, in the cooperative movement of the time. He was friends with Alcide De Gasperi, with whom he shared the experience at the Assembly of Innsbruck.

Regarding his role in the development of the cooperative movement in Trentino, he was elected to the SAIT Board of directors (Industrial Agricultural Union in Trentino) in 191 as mayor until 1923 and then as vice president until 1926 (when the fascists occupied the SAIT offices). Ciccolini, with a religious view of the civil commitment of Catholics and the emphasis on the christian fundamentals of the cooperative movement, took part in the activities of the company, that during that time were focused on the renovation of various stores after the Great War, on the employment of new staff, on the reorganisation of archives, on the activities of administrative consolidation and increasingly tight connection with the local cooperatives. 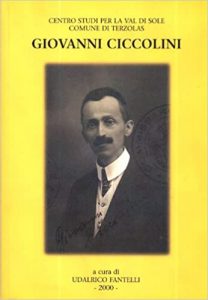