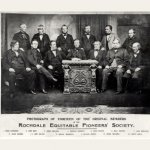 In 1844 in Rochdale, in England, a shop was opened by 28 members, mainly weavers: considered one of the first consumer cooperative in the world, turned out to be the turning point of cooperativism for the theoretical organisational bases that were drawn up and and which he endowed himself with.

The Rochdale members, as a matter of fact, refused the traditional model of the shop to maximise the profit and adopted internal organisational rules: the Rochdale principles. In short time, and not without boycotts by merchants in the area, the number of members increased and with it the ability to keep prices even lower; facilitating the re-creation of a virtuous circle. The statutes of Rochdale were inspired by the thought of William King and Robert Owen.

The principles that were practiced for the administration of this cooperative shop were six:
1. cash sale at fixed prices;
2. rebate proportional to purchases (the so-called cooperative dividend);
3. freedom of purchase - the members weren’t obliged by statute to buy only and always from the cooperative;
4. payment of the minimum interest on loans;
5. democratic government, according to the capital principle ”one person, one vote”. Not only men but also women could become members and participate in the life of the enterprise and its decision-making processes;
6. neutrality and religious tolerance.

In 1902 in the presence of ICA cooperative members in Manchester, the French economist and scholar of the cooperative movement Charles Gide said:
”Every religion has its legend, its saints, its places of pilgrimage; it cannot do without it. And cooperation as well has them, because it is a religion. It has the 28 apostles who were not fishermen but weavers; it has its cradle in Toad Lane, where Christmas Eve was created. It will have its Museum, where its remains will be exhibited and where long processions of pilgrims, from as many different countries as those that lead to Rome, will come, if not to knee down at least to gather in commemoration of the greatest work that was ever produced by the hands of workers (..)

Oh Pioneers, I thank you not only for giving us an organisation that provided thousands of men with solace and improvement of conditions of their existence, but, mostly, for giving us an admirable lesson in modesty by showing us that all our knowledge, the knowledge of the wise men and scribes, all that is expressed in books and laws, all that in name of which we educate, we rule the people, it doesn’t apply, in terms of clairvoyance and propulsive force, the action of few humble workers, who had simply lived, struggled and suffered and that had received no other lessons than those that che be given by manual work, by the concern of daily bread and by the unfailing faith in the coming of justice”. 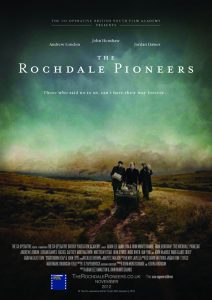