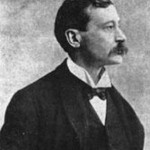 He was a scholar of Raiffeisen’s thought and direct connoisseur of the farmer world (his father loaned money in usury to farmers). He had Jewish origins, brilliantly graduated at only 19 years of age at the Faculty of Law of the University of Padua. When he was very young he began to collaborate with the German magazine focused on the cooperation established by Raiffeisen, for which he wrote articles and correspondances until 1888.

In 1883, when he was only 23, he founded the first Cassa Rurale in Loreggia, a little Paduan municipality. In 1885 the Ministry of Agriculture awarded him the silver medal for his work as founder of the “Cassa Rurale” and promoter of agricultural credit. In 1888 he constituted the regional Foundation that gathered 51 “casse rurali” inspired by Wollemborg.

It was a context of a peasant world heavily affected by the European crisis in the prices of agricultural products and the consequent further impoverishment of small producers. The credit institutions/rural funds “casse rurali” integrated therefore as a response to this situation, with consumer cooperatives, that in this area of interest provided goods at affordable prices, limiting disparities between sales revenues and purchasing power.

Since then, thanks to his tireless work of diffusion of cooperative ideas and his national and international reputation, “casse rurali“ continued to be established and Wollemborg gave a stimulus to the creation of the Italian Federation of “casse rurali”.

The statute of this organisation summarised the characteristics that “casse rurali” had to have:
• to be bound by constraints of personal solidarity;
• to be aimed at materially and morally improving the condition of members;
• unlimited number of members (but included in a specific and limited area);
• unforeseen shares or social shares;
• exclusion of credit concessions to non-members;
• general free of charge-social positions, except for a fee for accountant and secretary;
• all proceeds of social activities devolved to the institution’s own and indivisible asset.

Wollemborg was elected to the Chamber as deputy in 1892 and until WWI, submitting different laws, for example the sale of cheap state-owned quinine against malaria. He proposed, unsuccessfully, a tax reform that abolished excise duties and introduced progressive taxation. In 1935, a few years after his death, his successors created the Leone Wollemborg Foundation; his widow, instead, in memory of the deceased husband, built a kindergarten, named after Wollemborg.

According to Wollemborg, the cooperative is “a spontaneous organisation of a plurality of particular economies, dominated by a common need, to exercise collectively and autonomously the entrepreneurship, that produces specific economic benefits that are aimed at satisfying it” 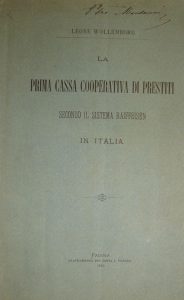 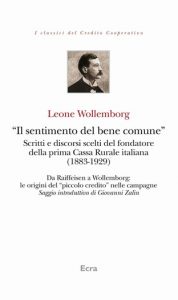 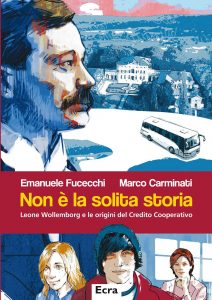