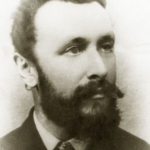 He was a reformist socialist, from an early age he dedicated himself to the organisations of labourers and rice weeders in Molinella, his native village. During his pharmacy studies at the University of Bologna, he got in contact with Andrea Costa, developing the need for protection in favour of labourers and sharecroppers of Bologna, hit by misery and diseases (such as pellagra).

In order to elevate the working class he believed necessary a triple use of means:
• A strong trade union
• A diffused cooperation
• An administration of municipalities by socialists.

He was a delegate, representing the democratic League of Molinella, at the founding congress of the Italian Workers’ Party in 1892. In 1896 he founded the consumer Cooperative of Moinella, one of the first ones in Emilia-Romagna, that was a support to the farm workers who were engaged in the strikes of those years. In 1898, because of his activism towards the farmers, he was forced to find protection in Switzerland, to return then to Molinella, the village which was the symbol of municipal socialism, of which he was mayor in 1906 and later deputy in 1908.

Thanks to his work, local cooperatives lived a period of development and expansion. In June 1921,after escaping the fascist attempt to assassinate him, he took refuge in Rome where he lived, banished by the fascism in Bologna. During fascism he was dismissed from his role of mayor and was sent to confinement and then sectioned in a psychiatric hospital.

As a matter of fact Rosario Sorace writes: “during an assembly of workers of the provinces of Bologna and Ferrara in 1921 Massarenti approved a motion inspired by the principle of non-violence, by urging not to accept the fascist incitements. In June 1921 fascists from Ferrara occupied Molinella, ravaged the consumer cooperative and left-wing parties’ headquarters and went after the mayor. He was forced to leave the Municipality and move to Rome”.

After November 1926, when fascism launched the exceptional, Massarenti was arrested and sentenced to 5 years imprisonment: he was relegated to the island of Lampedusa. He came back to Molinella only after the end of WW2, in 1948. For his activity of promotion he was called “Apostle of cooperation”. He died at the age of 83.

The President of Republic Luigi Einaudi participated at his funeral and he honoured the cooperative member from Bologna and politician, who spent his life to defend the dignity of labourers in Emilia, with these words:

“Going through the lands that brought me here, I felt the value of Massarenti’s work. An apostle of goodwill was needed, someone who knew how to pour out the flame that burnt in his heart and in that of his fellow-citizens ; a Builder like Massarenti was needed, because the ideas had to transform and the serf had to be replaced by thousands of workers, aware of their rights to be asserted and their duties to be performed. To the Apostle, Poet, Builder, I send my greetings and those of every Italian”. 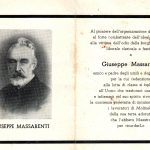 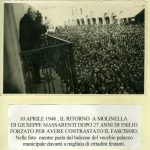 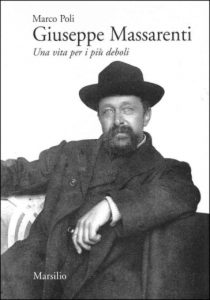