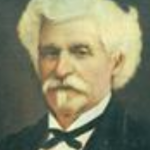 He is considered one of the pioneers of cooperation in Italy. Francesco Viganò was a great connoisseur of the first organic formulations of cooperation, that he saw put into action during his long English stay, to the point of fully adopting them in the Society of weaver workers of Como, considered the first Rochdalian consumer cooperative of the peninsula (1865).

He himself (with Jacopo Virgilio’s intellectual help), the year before and coming right back from England, had been an inspirer of the statute of the first Ligurian company of distribution, the production and consumption Company of Sampierdarena (1864) and a far ancestor of the current CoopLiguria.
His primary work, written in 1873, by the title “La fratellanza umana ossia le società di mutuo aiuto cooperazione e partecipazione ed i municipi cooperativi”, explained the principles of cooperative action and collected different European experiences, in particular the English ones. He wrote: “there is only one means to prevent socialism, and that is that higher classes devote themselves for the good of lower classes, otherwise a social war is inevitable”

In ”La fratellanza umana ossia le società di mutuo aiuto cooperazione e partecipazione ed i municipi cooperativi (Milano, 1873)” he specifies the concept of mutuality:
“in order to be efficient, mutuality must be useful not only to members but directly or indirectly to the entire society. This is an essential condition of existence. Therefore governments and municipalities, rich and scientists, philanthropists and priests, friends of humanity and of justice, rich and poor must encourage everywhere through words and work, in every way, the establishment of mutual aid society that is the workshop in which the future world is prepared”.

After being appointed director of the magazine “La cooperazione italiana”, in the first issue of 1st January 1887 he wrote:
“Cooperation, you know it better than I do, is based on self-help: workers created mutual aid consortia, whence the mystical tree of cooperation sprang. And these fellowships that came from the bottom of working society, that woke up to the column of light that appeared for the events of the end of last century, proclaiming the three words: “brotherhood, freedom, equality”, they arose and got organised in England, Germany, Italy, France, Belgium and almost all over Europe, in various forms. Blessed is the cooperation that redeems and unites!”.

It was a useful theorisation also for understanding the several possible ways of acting cooperatively: consumer, credit , production and worker cooperatives, food companies. In Viganò’s opinion, cooperation was the future of society and working classes, in response to an ideal of social harmony and cohesion.

In addition to the theorising work, Viganò was also active on a practical level: he created a “magazzino di previdenza” (consumer cooperative) in Como based on the Rochdale model and founded, together with Luigi Luzzatti, the Popular Bank, in particular the one in Milan in 1864.