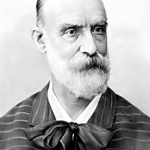 He was born in Forlì, was a Republican close to Giuseppe Mazzini and among the leading exponents of the Risorgimento democratic movement. He approached politics in his native city, influenced by Mazzini’s ideas and the way of thinking of Antonio Rosmini, a philosopher from Rovereto.

He was involved in the brief experience of the Roman Republic of 1848-184 and in the organisation of the motions in Milan in 1853, as a result of which he was sentenced to prison and forced to flee to London. He came back to Italy, Naples, in 1860 and reunited with Mazzini, becoming then deputy of the newly born Reign of Italy. In October 1860 Milan hosted the First Congress of Italian cooperative members and Saffi suggested his Manifesto of social cooperation; it was about “doing together” as a solution to the social issue, in the imperfect form that saw workers participate in profit or in the higher one of production cooperatives.

This is part of the letter sent by him to the Congress:
The cooperative form, harmonising Freedom and Association is destined to dissolve in great part - as you well say- the social issue: not only, but with the social issue, also morality and politics: so that the law of development of the human faculty, altogether, can be intimately connected with cooperation of individuals to the progress of everyone’s value, and to the mutual protection of common rights for the free performance of common duties. Those who work, as you do, to replace, in the organisation of society, constraints of cooperation in all its aspects to class privileges and distinction, they work to establish national consortia on the basis of equity and civil equality, and to connect them together under the auspices of mutual justice. Cooperation is therefore the first and safest step towards the goal of those ideals of Fraternity and Peace within the framework of an equal and free Federation of People, that times ripen depending on the human destination: -because- as I like repeating with you- « all men must form on earth a wide cooperation of work and mutual help»: in order to subtract civilisation from the remnants of barbarism and to carry out from progress to progress all virtue of intellect and love that is placed in them, for the fulfilment of moral and social ends in life. I wish the Congress of Italian Cooperative Members, in Milan- to whom the presence of distinguished foreign guests gives a character of European International Congress -.to draw practical conclusions, that will lead to greater things in the future- and in the cordial correspondence of principles, vows and hopes I fraternally shake your hand.

You can read the complete intervention on the volume “Ricordi e scritti” by Aurelio Saffi, published by the municipality of Forlì in 1905 and recently entirely digitised and available on www.bibliotecaginobianco.it 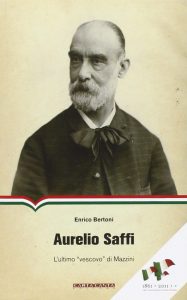