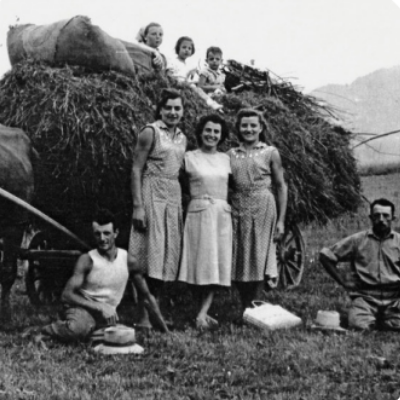 Women in the cooperative movement in Judicaria

The project “Women in the cooperative movement in Judicaria” was mainly held in the Giudicarie Esteriori community. After a preparation phase, two junior researchers (dr. Caterina Zanin and dr. Daniel Caliari) were given the responsibility to develop the research under the control of the Historical Museum of Trentino Foundation, the Women in Cooperation Foundation and the don Lorenzo Guetti Foundation.

The research works officially began on 15th May. On the basis of the rich documentation that is preserved at the historical archive of the Cassa Rurale in Quadra, it was decided to use the sources that are present in Cassa Rurale in Quadra as the analyses core and create a research design that has the purpose to clarify the female role in the cooperation of Giudicarie between the end of the nineteenth century and today’s years with particular attention to the credit sector

The primary source for the composition of the work was then the historical archive of Cassa Rurale in Quadra. It includes the documents that were written between 1892 and 1992, years that represent the chronological references that were taken into consideration for the analyses. In addition to the archive of the Cassa Rurale, the digital archive of the Foundation don Lorenzo Guetti (www.archiviodonlorenzoguetti.it), the Tridentino Diocesan archive, the State Archive of Trento and the Provincial Archive of Trento were also taken into consideration.

A research that includes both a theoretical/descriptive part of the phenomenon of cooperation and of the female role and a more scientific part where the results obtained by the analysis (the research has rebuilt the profile of 2118 women who interacted with the Cassa Rurale in Quadra between 1892 and 1992). The final output is made of 5 chapters:
1) Introduction: the origin and cooperation in Europe and the economic situation in Trentino;
2) Economy and cooperation in Giudicarie Esteriori;
3) The female presence in the cooperation in Giudicarie;
4) Interviews;
5) Conclusions.
Given the quality of work and dedication proved by the two researchers the Foundation don Guetti, in agreement with the partners, decided to publish the research.

The research was exhibited during three occasions. On 8th September 2018 at the Foundation day, on 18th December 2018 at Maso Limarò farmstead and on 7th February 2019 in the autonomy workshop room of the Foundation of the Historical Museum in Trentino. Altogether there were 78 people at the meetings. 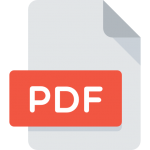