Art. 45 of the Italian Constitution

Article 45 of the Italian Constitution - a unique world constitutional charter - that protects and promotes the cooperatives says:

“The Republic recognises the social function of mutual cooperation and without purpose of private speculation. The law doesn’t encourage or facilitate the increment with the most suitable means and it guarantees the character and purpose with the appropriate supervision“. 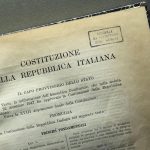 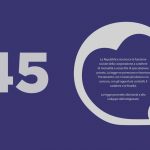 Prof. Andrea Manzella, a well-known constitutionalist, asks himself: “what does social role mean?” it means that the Constitution protects this form of democratic self-management of enterprises against monopolistic shifts and pure speculation, a point of diversity compared to the profit-system. The social market economy is not born by accident but exactly through tools, such as cooperation, that secure the financial assets to the territory, the families, the traditions. Hit and run against the speculation(…). The cooperation lives in symbiosis with the territory where it was born. The modern capitalistic business, with its unpredictability, has nothing similar”.

Stefano Zamagni: “we have a turning point after WWI when basically it’s established that the prevailing form is that of the capitalistic enterprise and that the cooperation can only be an exception that can survive as long as it doesn’t bother the development of the enterprises. The tax legislation is then created with the characteristics that roughly still exist today, but in return the cooperation is asked not to expand”. In my opinion, the origin of today’s multiple troubles is to be found here. Art. 45 of our Constitution unsurprisingly says that “the Republic recognises the social value of cooperation” and not already the economic one. It’s then set off that if the cooperation has to be social, it cannot expand and get bigger”. 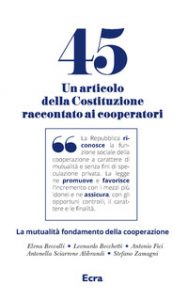