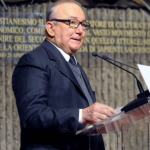 Cooperative manager, first and only Italian ICA- International Co-operative Alliance president. He played different roles in the cooperative field, both as business management and at an economic social research level.

For Barberini “the cooperative is a hornet that, in its long history, showed he could fly, despite the laws of physics. Anyways in order to continue flying and reaching its goal that, as all social purposes, is always on the horizon, it constantly has to face the challenges imposed by society. From 2001 until 2009, that means until his death, he was the first Italian ICA-International Co-operative Alliance president, giving a boost to the acceleration of the organisation’s activities and crediting the cooperative model as functional and virtuous, also compared to that of the mainstream economy.

At the Assembly of inauguration held in Seoul in 2001 he affirmed: “We know that the new competition is based on two fundamental factors: a strong identity and excellent economic performances (..) if we want to have cooperatives created to last in time, we must have excellent enterprises with very high social visibility”. Under his presidency the UN developed some guidelines that facilitated cooperative development as an economic form preferable than traditional companies, a better agreement between ethics and economy.

Thanks to his tireless commitment and his precious diplomatic relations, UN proclaimed in 2012 the International Year of Cooperatives. 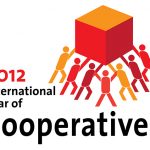 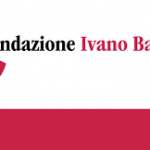 He was active also as president of the Institute of international Research Archive Disarmament, working hard on topics like peace, solidarity and the way to disarmament.

After his untimely death, Legacoop established the Ivano Barberini Foundation, centre of historical, economic and social research for the promotion of cooperation as a way of development in contemporary society. Website: www.fondazionebarberini.it

“The cooperative movement is poorly and badly known in every part of the world, despite associating hundreds of millions of people. The cause of this doesn’t only lie in the tools and forms of communication that also have their importance, but rather in the fact that a dominant culture considers companies as a place for creating profit. In this vision, that is based on a dichotomy between Market (that has to produce wealth) and State Government (that has to reallocate it), there is no more space for a kind of company which was born and developed with the purpose of producing wealth and at the same time equally redistributing social benefits, such as the cooperatives”.

”Despite the 800 million worldwide members and the important, if not leadership, role in some sectors, cooperation remains a less well-known and understood form of enterprise than it is generally believed. Even in a country like ours- where it has more than 100 years of experience, an excellent role and, in some cases, at the top, making a significant contribution to GDP and above all to national employment- cooperation retains a reductive image, if not manipulated. A marginal presence in the scientific debate and in education, both in high school and university, has certainly contributed to this lack of sensitivity. Only in the last years the topic began to come out of the ambit of a narrow, although meritorious, circle of professionals and to interest an increasing number of scholars”. 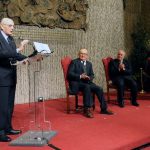 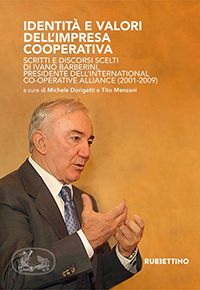 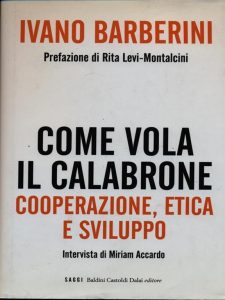 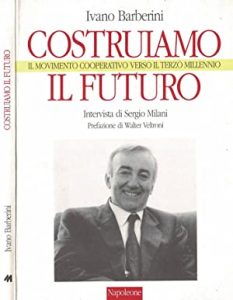