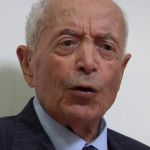 He was born in the province of Bologna, he was a key player of the civil reconstruction and cooperative movement after joining the Resistance.

He remembers how “in many cases the cooperatives had become actual centres of partisan struggle, armed units of combat”; fascism had targeted the cooperative movement, yet - Mazzoli underlines- “it was astonishing the rapidity by which in a few months, after the dark and persecutory parenthesis of more than twenty years of fascism, which brought stagnation, regression, waste of large assets, degeneration of the aims, after the attacks, fires, devastations, beatings and assassinations of the early twenties, with the guilty complicity of a certain press, of the House of Savoy, of the Police Force".

In 1952 he joined the governing council of the national League of cooperatives and mutual societies and in 1974 he became a board member at Unipol. He was president of Unipol from 1979 and later honorary president from 1996. In 1976 he was elected president of Coop Italia.

He always pursued cooperative values and wrote texts and articles on cooperation and the business world, with a political, administrative and economic view. According to Mazzoli “the cooperative movement is a free and large association that, pursuing social and economic aims of popular interest, unifies all those who live by their work, educating them to live fraternally and in a civil way, respecting different opinions, demonstrating that the development of man’s personality and dignity is expressed mostly by cooperating for social purposes and not speculative purposes.“

In the essay by the title “Gli sviluppi della cooperazione italiana dal dopoguerra a oggi (2005)” he writes: “in Italy the cooperative specificity on the legal and substantial level is maintained and implemented on the basis of three essential principles. The modus operandi of the democratic management, for which the rule” one head one vote remains”; the structure of property rights, which in cooperation lies in the impossibility of the member to take possession of the capital accumulated over the years from the profits of the cooperative enterprise; a statutory limitation of the maximum distributable dividends of profit for each financial year, established in two and a half points more on the returns of postal vouchers”. 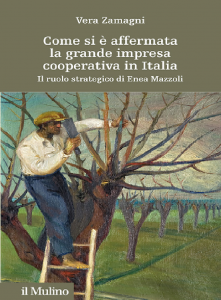