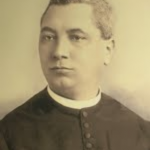 He was a priest in Treviglio (Bergamo), he worked in favour of the rural populations and of the creation of associative and supportive realities and to the unprivileged.

He studied theology in Rome and came back to Milan in 1886, to go then to Treviglio in 1891. 1891 was also the year of the Encyclical Rerum Novarum by Pope Leone XIII: the activity and thought of Portaluppi will be part of the renewal of the church connected with the social doctrine, focused on the observation of the life conditions of people, the attention on the weakest and their redemption and on the construction of a fairer society.

Portaluppi approached the farming world observing the harsh life and working conditions, which were disadvantaged by sharecropping and weather conditions that, when hostile, could throw entire families into poverty. He contributed therefore to the creation of the “Cassa rurale” (credit institution) in Treviglio, intended as a source of support and improvement of farmers’ life conditions, and later became a member of the Lombard committee, promoter of the credit institutions “Casse Rurali”.

On 30th December 1893 the notary Francesco Nosari collected the foundation act of the “Cassa Rurale di Prestiti” at the presence of Father Ambrogio Portaluppi, Father Francesco Boldoni and ten farmers. The “Cassa of Treviglio” was born as a result of a long and profound work of preparation on a social and cultural level which had been going on for one century already. 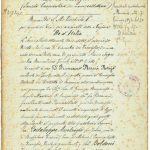 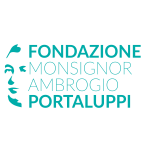 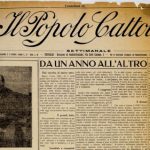 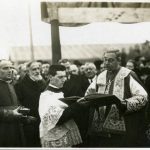 He was active in several initiatives in support of farmers, founding the ”Rural Union” at the end of the century, to promote more advanced agricultural techniques and at the beginning of the 20th century, the Equitable Farmers Society of Castel Cerreto and Battaglie, in order to rent the lands collectively, so as not to have to sublet.

He also addressed the working world, establishing, still in Treviglio, the working Union in 1899, a Catholic alternative to socialist associations and promoting the construction of a district with healthy and decent housing, accessible to labourers. This is how he expressed himself in regard to the living conditions of workers: “there are districts in Treviglio which are really impossible. To mention one, that kind of labyrinth formed by the alleys of Filagno street, the Lazzareto and vicinities, has courtyards which are not larger than a room with badly arranged, filthy, crumbling spaces that receive light and air only by the courtyard”.

His campaign to promote savings and provision of small weekly sums by the workers is recalled. Many others were the social and educational initiatives, among which the “Scuola Pratica di Economia Domestica, il Circolo Femminile di Cultura, la Casa del Soldato con Scuola per gli Analfabeti, il Circolo Operaio di Lettura San Luigi, l’Orfanotrofio Femminile”. Moreover he founded the newspaper “Il popolo cattolico”, that proposed healthy and Christian education of people, in material and moral uplifting. In 1922 he was appointed Vicar General of the Archbishop of Milan, so hence he left Treviglio and moved to the Lombard province.