In the economic language, it refers to private organisations very different from each other (associations, committees, foundations etc.) unified by the prohibition set by the statute to distribute profits to members who are part of it or to employees, and the obligation to reinvest them completely in the business. They work mostly in social assistance, culture, health services and international cooperation fields. The nonprofit world, or tertiary sector, shows that set of aggregations composed of recognised associations, non recognised associations, foundations, social cooperatives, charitable organisations, social enterprises, non-governmental organisations.

In its history the tertiary sector tried, often successfully and with high levels of social innovations, to give an answer to the so called market failures and/or state failures.

Stefano Zamagni, who held the office of president of the Agency of the service sector, affirms: “the service sector is often treated as a residual sphere of relations, of little quantitative importance and in any case such as not to affect the logic of competition: precisely, a third sector, which comes after the other two, the efficient market and the benevolent State. According to the dichotomous social model order, the State is identified with the place of public interests (namely of solidarity) while the market with the place of privatism (specifically the pursuit of individual goals). It’s the “public”, or rather the State, that has to take care of solidarity in favour of those who can’t keep up with the winners: that is what welfare is about but it has to be selective and not universalist the “private”, that is the market, has to take care of efficiency, namely the production in optimal conditions of wealth, and at most of philanthropy or “charity”. What is wrong with this representation of the market society, which is persuasive at first sight? The thing is that it isn’t true that the biggest extension of the market area improves the well-being of everybody. That is to say that the metaphor according to which “a rising tide lifts all the boats” is not true". 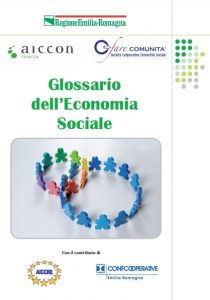