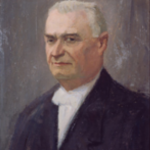 He was born in Ravenna from a family of Garibaldi traditions, since he was a young boy he committed his life to socialist associations, in order to give power to the labourers and the weaker classes. His name is linked in particular to the “scariolanti”, the very poor workers who, with just the strength of their arms, were tasked with draining the marshes of Polesine and Bassa Romagna, destroyed by malaria (mortality during the first years was over 20%).

He was a promoter, with the help of its 303 members, of the general Association of labourers, actively involved both in reclamation works (especially in Agro Pontino) and in collective tenure of agricultural estates, he founded in 1901 the provincial Federation of cooperatives in Ravenna, that now bears his name. The Baldini Association took on the reclamation works of the area; it rented the marshy lands that were reclaimed and became lush with flourishing crops. Cooperative members from Romagna, who increased by reaching 3000 members, reclaimed the unhealthy and swampy Roman Agro of Ostia, Isola sacra, Camposalino e Maccarese. It was the reclamation challenge that marked that period. Baldini’s labourers contributed to rebuild (1908) first Messina and later Avezzano (1915) destroyed by the earthquake.

They brought the swamplands back to life in Sardinia, Apulia and Maremma, they built tracks of the railway Larissa-Athens in Greece. “The cooperation in Ravenna- Baldini wrote- largely contributed to the land reclamation, but also to a real human reclamation, causing emotions of responsibility, altruism and solidarity in labourers and other workers, destined in their life to remain poor unskilled workers, he made them expert managers and skilled administrators”.

Socialist-oriented, he was deputy in the ranks of the socialist party between 1919 and 1924, assuming simultaneously organisational roles in the cooperative and working world. He was a member of the superior labour Council, of the national council of the National League of cooperatives and of the executive committee of the General Confederation of Labour.

The fascist persecutions against him and the assaults of the squadristi against the local cooperative headquarters forced him to leave Italy and take refuge in Paris, where he promoted the creation of cooperatives together with other socialists in order to give work to migrants and refugees. In 1941 he came back to Italy, committing to the reconstruction of the Socialist Party and then to the liberation of Ravenna, his native city, from nazi-fascists.

Just before he passed away he received the role of commissioner of the cooperatives of Ravenna by the government presided by Bonomi. The spiritual will by Nullo Baldini was the following: “I die in my socialist faith that I embraced as a teenager and that was my guide in every part of my life, convinced, more and more especially by the events which I witnessed during these last years, that peace, social justice and freedom will be vain words until the present capitalist regime, based on its most sordid individual selfishness, will be replaced by a regime in which exploitation of man over man is not possible and the interest of the community outweighs the individual interest”.

Today the first Italian cooperative of farm workers live through CAB TERRA. From the website www.cabterra.it you can read that “C.A.B. TER.RA was the first agricultural cooperative born in the province of Ravenna; its origins come back indeed to 1888 when on 17th October Nullo Baldini established, with a group of 40 day labourers, an anonymous society called “Associazione Generale fra gli Operai Braccianti del Comune di Ravenna” (farm workers’ general association of Ravenna municipality). Subsequently the denomination was modified, in several stages, into “Cooperativa Agricola Braccianti di Ravenna” and lastly in 1996, following the merger with “Cooperativa Agricola Braccianti di Piangipane”, whose origins go back to 1907, it has assumed the current denomination of C.A.B. TER.RA. (Cooperativa Agricola Braccianti Territorio Ravennate).
C.A.B. TER.RA. currently leads 2.097 hectares of land, 2057 of which are owned and 40 are rented, the surface extends to a territory that goes from the coastal area in the north of Ravenna (Az. Bonifico, Az. Pantanella), to the south of Ravenna (Az. Raspona, Az. Torraccia), until reaching the borders with the municipalities of Forlì and Faenza (Az. Minarda)”. 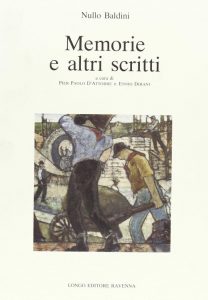 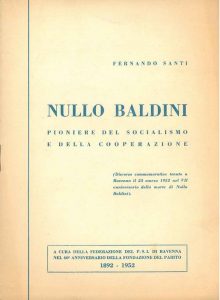