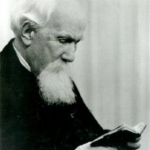 He was born in Trento on 24th June 1866. He studied in Innsbruck, Rome and Vienna, where he graduated in Law. He became a lawyer and he was elected to the Assembly of Innsbruck and to the Chamber of Vienna; he represented one of the most important figures of safeguard of autonomy in Trentino, first through opinions of abstentionism and then of obstructionism, preventing the Austrian parliament from legislating as they wished.

He harshly fought for the establishment of an Italian law faculty in Trento, fighting with the hypothesis proposed by the Austrians to create one either in Rovereto or in Trieste. In 1902, thanks to the esteem and respect won in the imperial milieu, nominated by the Tyrolean Council, Conci moved to Innsbruck with his family. In 1908 he became the Tyrol vice leader and he obtained that the deputies from Trentino would be 35 out of the total 96 at the Assembly. In 1915, on the outbreak of WWI, Conci and his family were imprisoned in the internment camp of Katzenau in Linz.

In 1919 he was entrusted with the administrative organisation of the “Venezia Tridentina” (Tridentine Venice). With the annexation of Trentino, he was elected senator during Italy’s Reign, from 1920 until 1946, resisting fascist laws, and afterwards, during the Republican period, from 1948 until 1953, in the ranks of the Christian Democracy Party. He retired to private life, he died in Trento on 25th March 1960 at the age of 94. 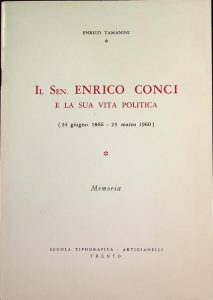 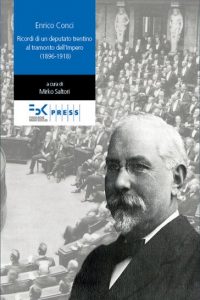